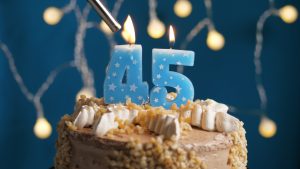 Undergoing colorectal cancer (CRC) screenings starting at age 45 could be a new lease on life for millions of people in the United States.

The U.S. Preventive Services Task Force (USPSTF) on May 18 released its final recommendation to lower the colorectal screening age from 50 to 45, providing an opportunity for earlier detection and prevention of the disease. The USPSTF is an independent, volunteer panel of national experts in disease prevention and evidence-based medicine.

“The incidence of colorectal cancer in 45-year-olds is the same as it was in 50-year-olds when the screening benefit for age 50 was implemented,” said John Popp Jr., MD, Medical Director for AMSURG. “Dropping the age to 45 may get those 50 and older screened earlier. We have found in our AMSURG data that the average age for initial screening is about 58.”

“In 2020, about 12 percent of all cases of CRC occurred in the under 50 year old population. Furthermore, patients diagnosed prior to age 50 were more likely to have advanced disease at diagnosis,” Popp noted.

The task force also recommends people ages 45 to 75 should undergo screenings, while individuals ages 76 to 85 should be screened based on the patient’s situation.

Individuals with any abnormal stool-based test result must follow up with a colonoscopy to see whether they have cancer or polyps which might become cancer.

Colorectal cancer is preventable through routine colonoscopy, the gold standard for colon screenings.

“The best screening test is the one that gets done, but colonoscopy is the only test that can prevent CRC by removing premalignant polyps,” Popp said.

The Affordable Care Act of 2010 requires both private insurers and Medicare to cover the costs of colorectal cancer screening tests, because these tests are recommended by the USPSTF. To avoid any confusion, contact your health insurance agent or employer’s human resources department.

Colorectal cancer is the second leading cause of cancer-related deaths. The disease is expected to cause about 52,980 deaths this year, according to the ACS.

Avoiding delays in diagnosis is important, Popp said, noting that there could be 40 percent fewer deaths if the stage at diagnosis could shift from stage 4 to stage 3.

An increase in screenings and improved treatments through the years has led to more than 1.5 million survivors of colorectal cancer in the United States, according to the ACS.